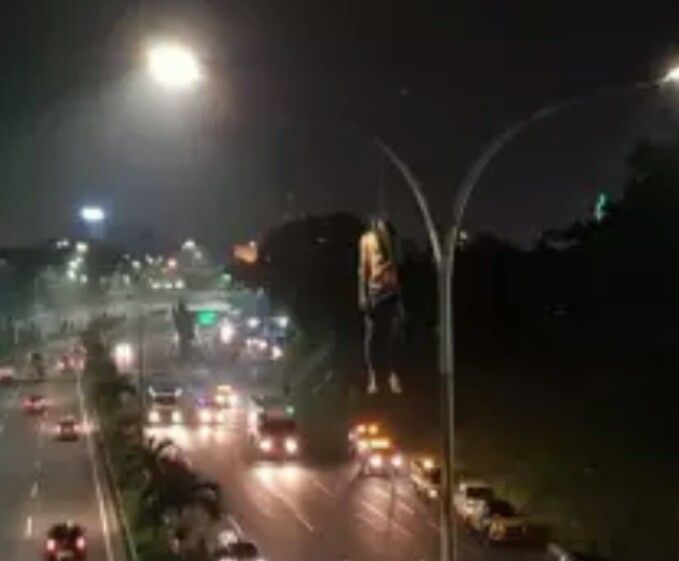 Surprising events took place in the Outer Ring Toll Road, precisely near Exit Cijantung Gate, Pasar Rebo, East Jakarta at midnight.
A man is known to climb the Street Public Illumination (PJU) pole in the middle of the expressway and end his life by hanging himself.
The incident suddenly shocked a number of young people who were hanging out on the side of the Bridge Toll Kesdam, Cijantung, Pasar Rebo.
While shouting for the victims to abandon their intentions, they also capture the moment with their own cell phone.
Portraits of suicide scenes from unknown men are widespread

Submit
$0.00
4 votes
4
Authors get paid when people like you upvote their post.If you enjoyed what you read here, create your account today and start earning FREE STEEM!
Sort Order:
[-]
ayufitri (53)  ·  4 years ago