What if I told you your life was in a void?
No seriously, it actually is, all of us live within what may be the biggest cosmic void ever found, our galaxy may be right in the middle of it.
The cosmos has a structure, although it can be rather difficult to imagine creatively, looking from a distance so great that individual galaxies become intangible and all become part of one large web. 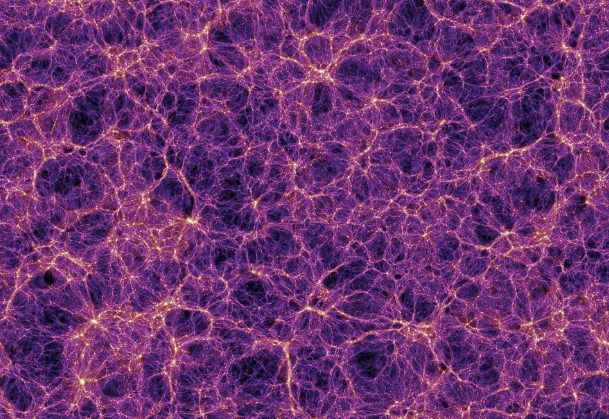 This image is two-dimensional so it can’t perfectly show it, but imagine this structure in three dimensions, endless inter-connected links of galaxies tying in at bright cluster regions with dark, seemingly empty voids everywhere in between.
Well they aren’t quite empty, but they are much thinner in concentration of galaxies than the dense regions. In spite of their small size, it is estimated that nearly 50% of all galaxies reside within the urban zones, and 30% within the suburban links. That leaves 1 fifth of all galaxies within the voids, and it just so happens that we are inside one of them. The largest void we’ve ever observed, nearly a billion light-years across, deep down, we are ALL country people.
Of course we see plenty of other galaxies nearby to us, so does being in a void have any sort of effect on life here on Earth?
Not really, it likely just means we have darker skies at night as they are less saturated with galaxies. Other than that, it may as well not matter.
Or maybe it does. Some have suggested that could be the answer to the Fermi Paradox, perhaps aliens are far too busy bustling around in the urban regions of the cosmos and have no time to search out a relatively empty void. Although I’m not sure if I buy that explanation considering our understanding would have it that more life exist right here in our own galaxy.
The great cosmic web is as large as things get in the universe, galactic bulbs with galaxy links connecting them to one another. Than the relatively quiet voids where evidently quite a few things still lie. The one we reside in putting even the Boötes void to shame at 4 times the diameter.
So next time you feel stressed or concerned about life as it keeps throwing struggles at you, just look up at the night sky, smile and say to yourself: “I live in a void”.

science astronomy
4 years ago by astronomyizfun (56)

Submit
$1.56
11 votes
0
Authors get paid when people like you upvote their post.If you enjoyed what you read here, create your account today and start earning FREE STEEM!
Sort Order:
[-]
hallamhighwater (42)  ·  4 years ago

Two of my favourite subjects, cosmology and country music. The Byrds had the sound of the void on 8 Miles High.