The Origin of EOS: An Undercover Investigation! There's an incredible amount of excitement surrounding EOS... Officially announced last year, at the Consesnsus 2017 Blockchain Conference in New York City, in less than one year, EOS has achieved a market cap valuation of over 14 BILLION US dollars, one of the fastest and greatest gains in Blockchain technology history: Hanging out with genius is one of my favorite pastimes.

When the EOS team reached out last year seeking Ambassadors to assist them in New York, they graciously accepted my offer to assist them. 😊

What I learned from Dan, Brendan, Ian, and the rest of the leadership team was staggering!

The power of this technology is irrefutable.

SO incredible, in fact, that shortly after the Consensus Conference I decided to do an investigation of my own, to determine the

My only crime is curiosity. 😉

If you're going to investigate something, you need to think like a detective.

Detectives need clues...
So I started with the evidence I had. All taken in New York, one month before this investigation.

What is the common theme in those photos?

Not the individuals, the clothing...

ALL of the EOS representatives were wearing darkly colored clothes!

Investigating this further, tying it all up into a neat Blockchain bow, I went back twenty years to revisit a movie on this very subject: A fantastic movie, it holds up two decades later.
I encourage you to buy the DVD.

This powerful film references velcro and other incredible technologies we have integrated from a higher intelligence...

Foreshadowing, perhaps, to when the internet is finally adopted by the entire world, to subsequently integrate a platform capable of supporting the running of thousands of applications in parallel on the blockchain?

Remember, that film was released in 1997.

More on THAT later...

If you're serious about something, you need to take yourself seriously and make a move.

I'm getting to the bottom of this. If my suspicion was correct (perhaps you can guess by now what that was), I needed to represent as an appointed ambassador of the EOS team, and dressed appropriately throughout my investigation.

I arrived via Albuquerque, New Mexico: A good detective interviews all parties who may possess information important to your investigation.

I needed to find more geniuses outside of the conference in New York last May...

Fortunately for the investigation, I met one on the flight to Albuquerque, a child genius
(aren't they all until society wrecks them?)

After a very friendly and informal deposition from across the aisle, I asked him where he thought EOS was headed.

Here was his reply: I knew, that he knew, what I knew, with this: ONWARD! With the investigation into
The Source of EOS!

As a detective in a foreign land, it's important to ingratiate yourself with those who inhabit the terrain of your leads.

Always repping EOS, I proceeded to befriend, hang out with, and make amazing connections with the people of Roswell. This local proprietor and gentleman had no information on the origins of EOS, but he had an amazing tattoo that was made into a shirt: Undaunted, and with new friends, my investigation continued.

There is an amazing McDonald's restaurant that has to be one of the most unique in the world: Shaped like a flying saucer, I thoroughly checked the exterior design and the inhabitants of said structure.

No intelligent life there.

I carried on, investigating Roswell, looking for a deeper connection to what I suspected were the origins of this heretofore unimaginable technology, which, now, exists.

As a law-abiding Steemian, and as an ambassador for EOS, I broke no laws in my investigation.

I did however rage against the machine in some circumstances, and broke some rules searching high and low in my quest for the truth: I searched EVERYWHERE, from the deserts, At long last, the keystone of unifying evidence was found!

The discovery supported my original hypothesis...

THIS was the undeniable clue that led my suspicions to a chain of sequenced events (under)written in the Matrix: Can you see the link that unites my theory? Release date of the movie "Men in Black"? Each of these years ends in the number 7.

Number of years between the Roswell crash and the EOS release?

Is the EXACT date when the EOS Token Distribution commenced: June 26th!

After this exhaustive, thorough, and expensive investigation...

There can be NO doubt:

If you are reading this,
you are the future.

Submit
$10.09
40 votes
43
Authors get paid when people like you upvote their post.If you enjoyed what you read here, create your account today and start earning FREE STEEM!
Sort Order:
[-]
janemorane (72)  ·  4 years ago

thanks @scan0017 you have shared a great story with us and resteemed because want to share it with all my steemian friends.. <3

Thanks for helping to get the word out on EOS Jane!

fabilious investigation and yeah the success of EOS is really curiable and always make a person thinks in suspense that how great Eos achieve something great like that great investigation bro @scan0017 resteemed so many other also knows your story my friend!

You're the best @akashhassan!
Your resteem is super important on this one, thanks! Let's get the word out on EOS!

Along with everyone else who does the same! 😀

thank you soo much @scan0017 for the upvote and pleasing words and always their with you on any sort of help!

Haha this is fantastic!

MIB was an awesome movie. 1997, I was in High School lol and going from listening to boy bands to punk rock lulz

Resteemed this. It's entertaining. It's (somewhat related pun) pure gold ;)

Powerful Binky!
Thanks for the resteem and helping to spread the word that EOS is undoubtedly Alien Tech!

thank you for sharing your story today, hopefully you always successful friends, I will restem to repay your kindness, if there is time please help me yes 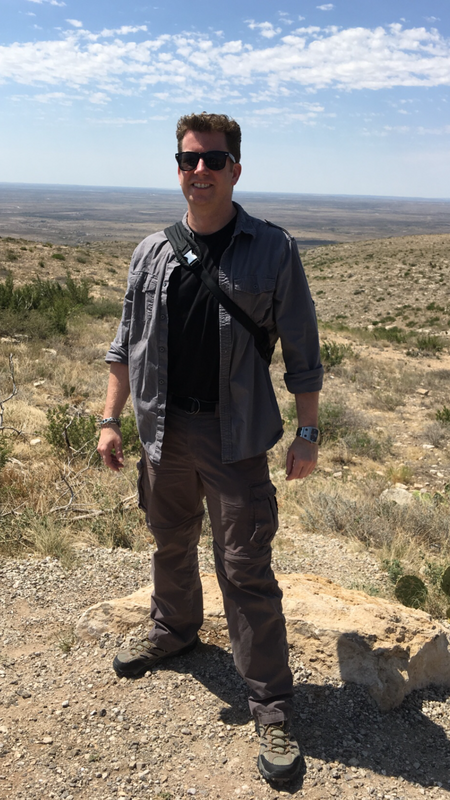 Your EOS investigation with some turns, fun and humor was very adventurous. What a circumstance. Two days ago I posted blog about pulling the trigger on EOS. I didn’t think about it as being “Alien 🛸 Technology”. I hope that means I did the right thing. BTW which one are you? Agen K or agen J?
Great and funny post @scan0017!

Thanks @rothberg!
Too many NDA's signed to remember what I can disclose so I stick to:
January = Blogging about shoes
February = Recreational Outrage at Emojis
March = VIP All Access Passes Tour
April = Testosterone 🔼 Plan
May = Today's post. 🙂
Thanks for taking this Steemit ride with me 🤜🤛 Thunderous lord Jay. I think we would need your help with the Russian KGB. I'm very serious about this man.

I can be pretty serious too, my brother...

EOS went from $4 in March to touching $22 in April, do we have more to go before Mainnet launch in June?

EOS will rule the crypto market soon, btw when is the EOS blockchain coming out? can't wait for it

I re-read it with some X-FILES soundtrack in the background. And heck, yeah, it took the mood to the moon...

Oh, that's awesome!
You know they have season 12 of the X-Files out now, with both Scully and Mulder!
Amazing re-boot, I binge watched it over a weekend 👍

Man, I am on it from minute one! Decades being an X-freak!

Well done Sherlock.
Your investigation skills and search for the ultimate truth never cease to amaze me.

We're both a couple of Indiana Joneses...
You crushed it with that 2-parter about your family water well!
Was this post worthy of a resteem?
Hope to see you again at the next Steemfest, so much fun! 🤣

Definitely worth a resteem from one of the "big" guys. Not sure mine will do much but let's try and see.
T'was indeed my dear Sherlock. You'll need a Watson to help you solve the many mysteries hidden behind the Steemfest curtains 😉 Hope I can make it.

I hope you can make it too!
Never before, nor since, has the word "abort" been used so many times in ten minutes.
😂
Beefcake post coming up later today 😇
Thanks to you, @misslasvegas and @bettyboob in January for celebrating a pic when I first chose to put one up.
Alcohol was definitely involved in that decision when I pressed "post" 😜

you are looking awesome man... & The way you give us a clue is really amazing... that's seriously great point that EOS representative is wearing black... cz I see someone another post that also one of the function there also all representatives were dark colour there.

thank you sir @scan0017 for shareing this investigation
really helpfull

Friend I already resteem your previous post, in fact this research seems very important to me, disconcerting to see how you have done it as a detective since you have seen from the smallest to the largest, it makes a lot of sense in how you describe it, very good post until I was afraid to read this. Greetings.

You have a bright smile with loads of confidence.

You're lucky the aliens didn't abduct you. :P

how funny travel it is
thank you sir

In your your last 100 comments you used 31 phrases considered to be spam and you made this exact same comment 1 times. You've received 11 flags and you may see more on comments like these. These comments are the reason why your Steem Sincerity API classification scores are Spam: 77.90% and Bot: 1.90%

Please stop making comments like this and read the ways to avoid @pleasestop and earn the support of the community.

Definitely they are extraterrestrial, although you look like a detective, according to your investigations I am surprised with respect to this and the emoticons, since you must have a very incredible analytical logic, greetings.
@calitoo

god bless you and your familymembers